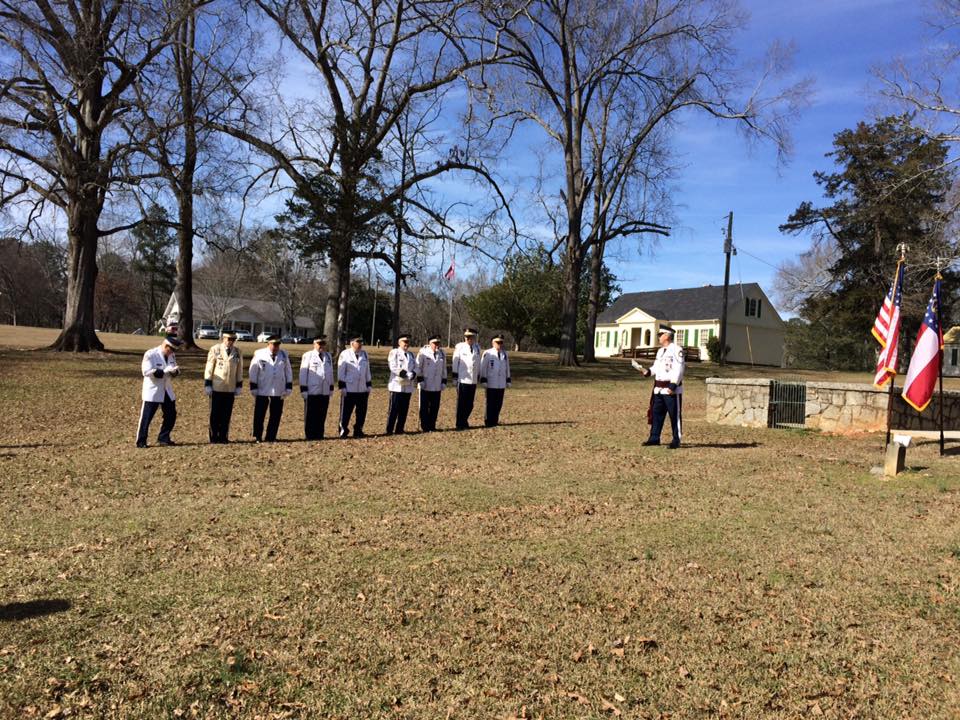 Several of our members represented the Old Guard of the Gate City Guard at the birthday celebration of Vice President Alexander Hamilton Stephens. The ceremonies were held Feb 4, 2017 in Crawfordville, GA at the A. H. Stephens Park in front his statue.