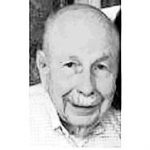 His achievements in life were remarkable as noted in his obituary which was sent out earlier this week. Some highlights:

He was 92 years of age, and lived a long and prosperous life impacting many lives around him for the better. He leaves a large and loving family who will miss him. I regret not having known him better.

How living are the dead!
Enshrined, but not apart,
How safe within the heart
We hold them still — our dead
Whatever else be fled!

Our constancy is deep
Toward those who lie asleep,
Forgetful of the strain and mortal strife
That are so large a part of this our earthly life.

He was born in Nashville, Tennessee, on June 29, 1925. Mims, or “Sonny,” was the eldest and only child of Mary Nelle Derryberry Wilkinson and Albert Mims Wilkinson, Sr. The family moved to Atlanta in 1929, settling in Decatur in 1935. Mims graduated from Decatur Boys High School in 1942, at the age of 16.

Upon graduating, Mims worked as a mail and file clerk for the U.S. Fidelity and Guaranty Company. He then attended Emory University and the University of Georgia until the age of 18 when he was inducted into the U.S. Coast Guard. After boot camp, Mims transferred to Radar School. He was assigned to the USS Evansville, Patrol Frigate 70, as a radar operator, earning the rank of Radarman, Third Class. The Evansville was assigned to convoy escort duty and anti-submarine warfare in the North Atlantic. After Germany surrendered, the Evansville was transferred to the Pacific Theater of War to prepare for the invasion of Japan. After the Japanese surrender, and two-and-a-half years of active duty, Mims was discharged having earned the American Defense Medal, the World War 2 Victory Medal, and the US Navy Pistol Marksmanship Medal.

In June, 1946, he re-enrolled at the University of Georgia. In 1947, he entered Law School. He was elected Campus Leader in 1947 to represent all non-fraternity men on campus. While at Georgia, he was elected to: Omicron Delta Kappa Honor Society, Blue Key Honor Society, the Gridiron Secret Society, and the Sphinx Club.? He was a charter member of Phi Alpha Delta Law Fraternity. He was admitted to the State Bar of Georgia in 1948. He was elected President of the Law School Senior Class of 1949.

Mims joined Pythagoras Masonic Lodge in Decatur in 1949 and was the oldest living Past Master.

He began the practice of Law in Atlanta in 1950. He retired from his firm as Senior Partner in 1985. He practiced in all Georgia and Federal Trial and Appellate courts, including the Supreme Court of the United States. He served as a member or chairman of various committees of the Atlanta and Georgia Bar Association and as chairman of the American Bar Association Committee on the Trial of Commercial Claims. Mims was a Charter Member of the Georgia Chapter of the American Trial Lawyers Association. He authored a book on Contract Law in Georgia which sold out two editions. Mims is listed in Who’s Who in American Law and has been listed in Who’s Who in America since 1970.

He was Honorary Legal Advisor to the British Consul-General at Atlanta from 1970 until 2000. For his service to the Crown he was awarded membership in the Order of the British Empire in 1985. Mims was a member of the Sons of Confederate Veterans and the Sons of the American Revolution, or SAR. He served as President of the SAR Georgia Society in 1968 and Vice-President of the SAR National Society in 1969. He authored a book on the Revolutionary War in the South.? He was a member of the North Carolina Chapter of the Society of the Cincinnati; and, a Colonel of the Old Guard of the Gate City Guard of Atlanta, where he served as Commandant in 1986.

Mims was a long-time resident of Stone Mountain, Georgia, and active member of Smoke Rise Baptist Church. He then resided in Sky Valley, Georgia for 22 years where he was City Attorney from 1996 to 1998. He spent the last year at King’s Bridge Retirement Community in Decatur where he treasured the loving staff and wonderful new friends that he had made.