Folks – I’ve come across a copy of a 19th c. photograph of a Gate City Guardsman that was in Beverly DuBose, Jr.’s collection, now in mine. The image above shows Governor Joe Brown’s desk in the DuBose collection in 1995 – unchanged from when he died in 1986. his photo was taken in 1995 – it shows the desk used by Governor Joe Brown during his Governorship in Milledgeville, then his personal desk in private life. It is now on loan to the old capitol folks in Milledgeville. The large framed print in the center is of Joe Brown – the small picture standing up on the left is the as yet unidentified Gate City Guardsman seen below. It took me a while to notice something on the hat in his hand – then blew it up, and viola! GCG. Gate City Guard. The last is photo I acquired some while ago of the 1884 GCG. Likely this guy is in that photo, also.

Anyone have a clue as to who this might have been?

This is the actual colorized photograph of the Guardsman, holding his hat. 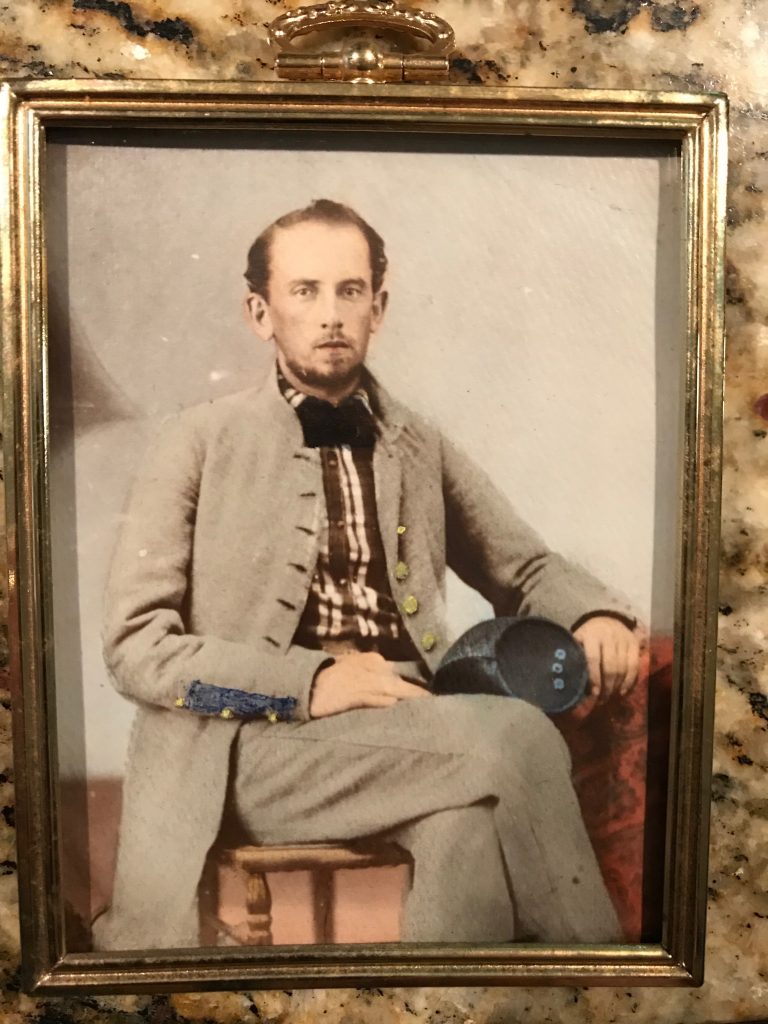 This is the close-up showing “GCG” on the top of the hat. While his image is somewhat fuzzy, when you magnify the original image it is unmistakable. 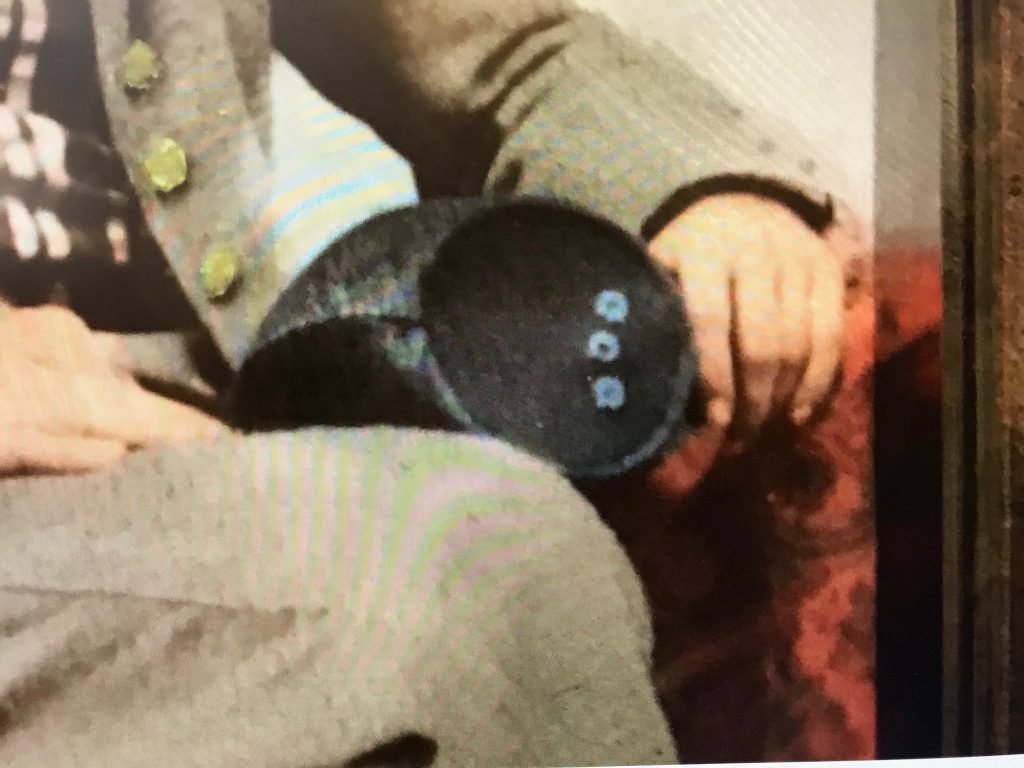 This is a photograph of the GCG taken in the armory in 1884. Possibly/likely one of these gentlemen is the one in the desk photo. The inset shows the armory exterior view – an actual photo of the building is included below. In 2016 I paid a fair amount of $ to have this image digitally enhanced. These images are the result – on the exterior image of the armory, below, you can even see a grocer’s wagon in front, and telephone pole w/many wires. 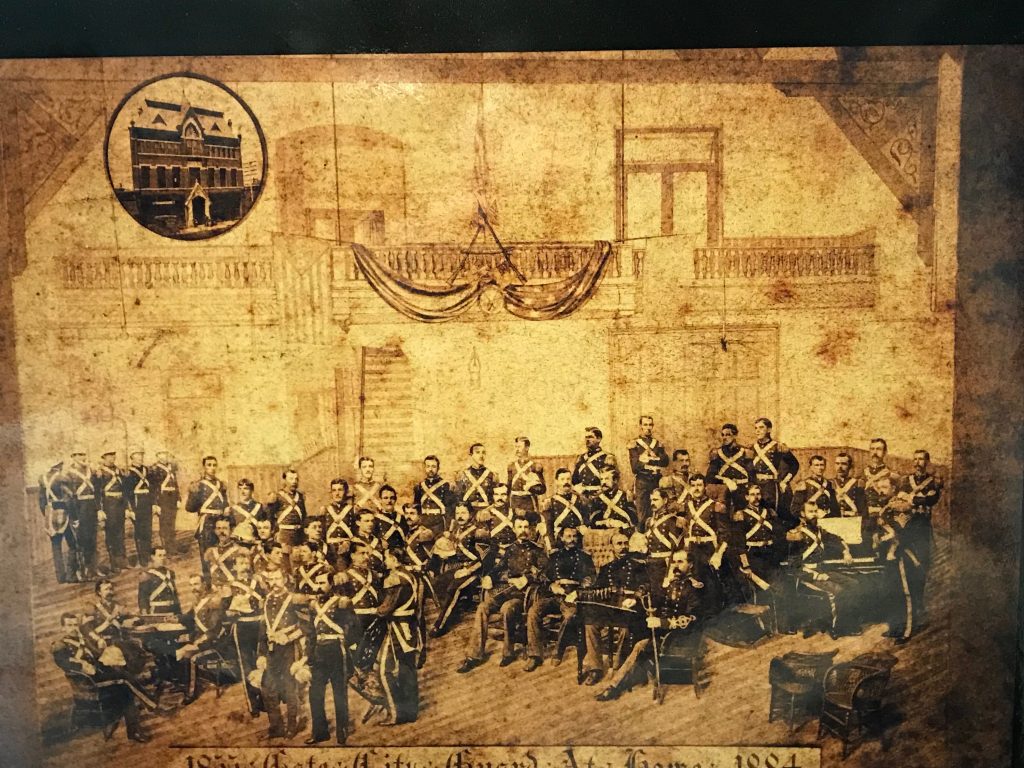 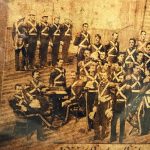 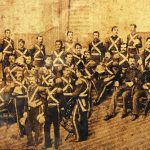 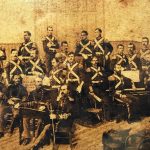 On the exterior image of the armory, you can even see a grocer’s wagon in front, and telephone pole w/many wires. I believe this is the armory described on page 13-26 0f Volume I of the Chronicles. 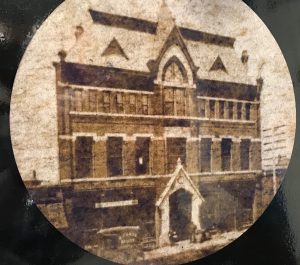 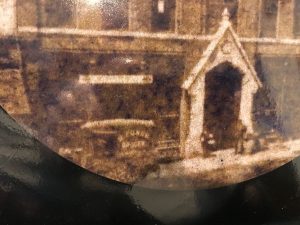 This 1879 image of GCG officers shows the hats worn – I believe the hat the sitting fellow is holding is this hat shape minus the tail feather (plume). 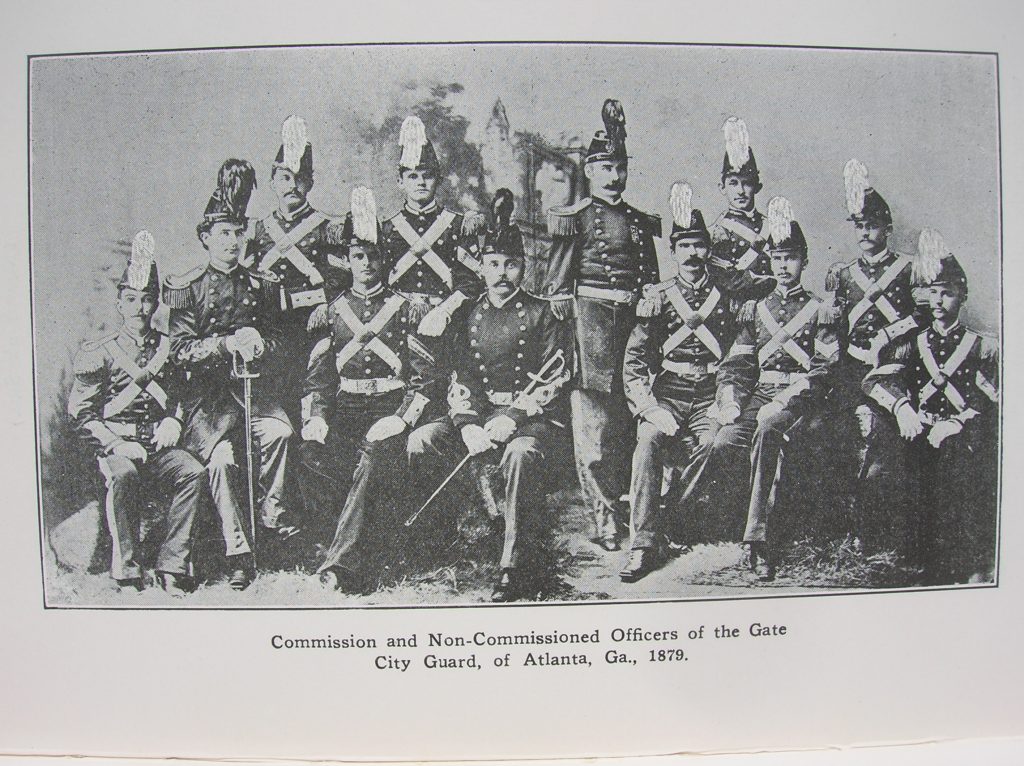